Strong network for the decentralized energy transition in Europe

Berlin, May 29, 2019 - Towns, municipalities, counties and their municipal utilities are pioneers with respect to climate protection, energy transition and energy efficiency measures. A jury selected five European partnerships for the project "Energiewende Twinning Towns". The kick-off meeting took place in Berlin on 28th May. The Renewable Energies Agency (AEE) and the HUMBOLDT-VIADRINA Governance Platform (HVGP) are promoting the municipal exchange through workshops, excursions and networking meetings. 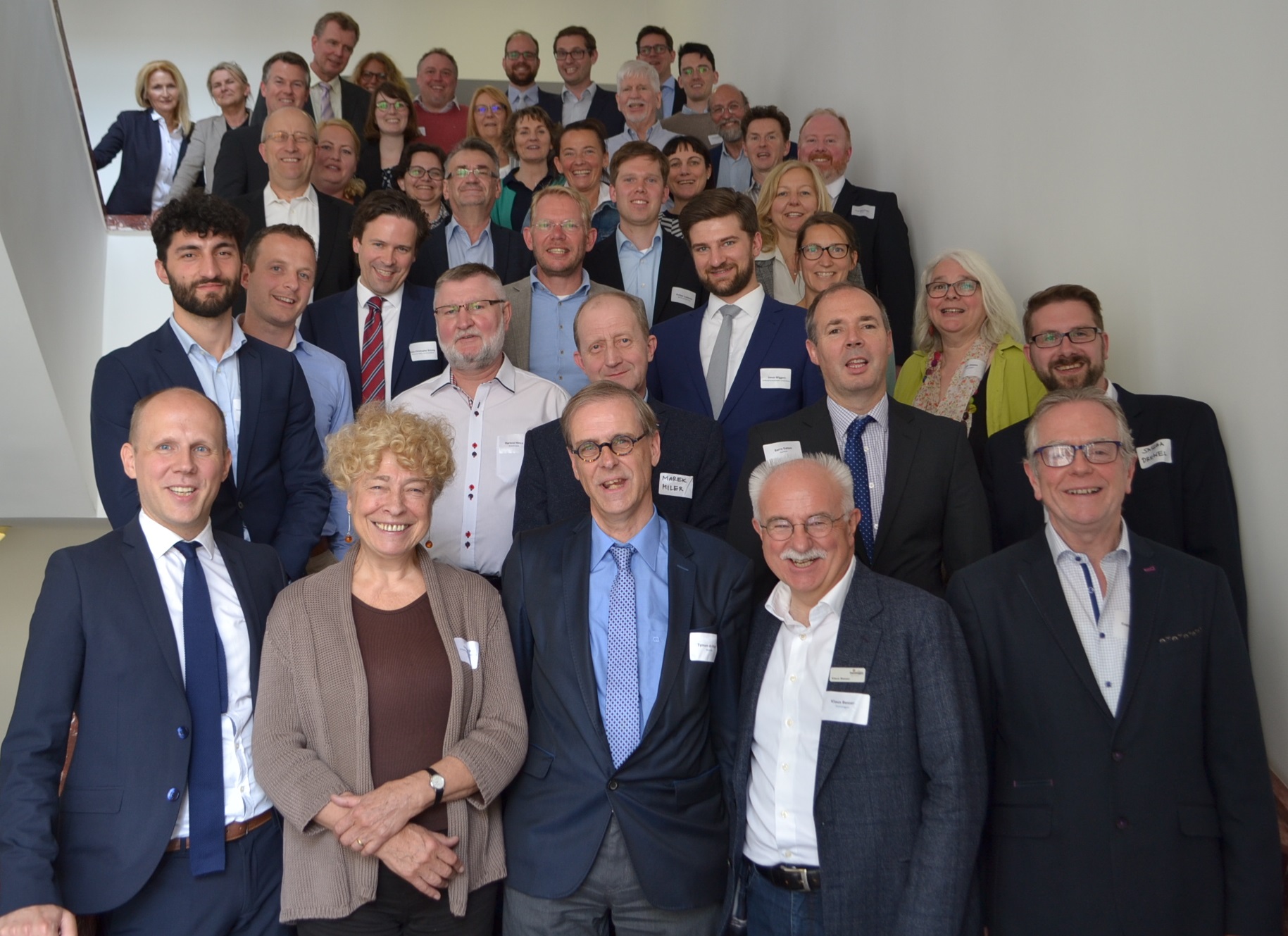 The aim of the project "Energiewende Twinning Towns" is to exchange know-how and experiences on the local energy transition, to facilitate technology transfer in the area of renewable energies and to support cohesion in Europe. The project is funded by the Federal Foreign Office (AA). On Tuesday last week, the five winning town pairs met in Berlin for the kick-off event: Braunsbedra (Saxony-Anhalt) and Kozani (Greece), Marburg-Biedenkopf (Hesse) and Koscierzyna (Poland), Steinhagen (North Rhine-Westphalia) and Woerden (Netherlands), Pfaffenhofen (Bavaria) and Galway (Ireland) as well as Alheim (Hessen) and Dunleer (Ireland).

Over the next two years, the five Energiewende Twinning Town pairs will have the possibility to learn from each other in workshops and make excursions to successful practical examples. The project will support municipalities in their transformation process and deepen the mutual understanding for energy, social and environmental interests as well as develop ideas for the challenges of the coming years such as the transition from coal to renewable energies or the promotion of climate education or co-operatives as a means of participation of citizens.
"The network is so important because we need local authorities to implement the energy transition and to increase added value locally," says Dr. Robert Brandt, Managing Director of AEE. The added value of renewable energies at the local level includes tax revenues, leasing income, savings in energy costs and job creation.

Town twinning is also important for cultural exchange and international understanding - the project is a commitment to Europe and its open borders. "We would like to make a small contribution to promoting European solutions to the energy transition and climate protection in the current political situation" emphasizes HVGP President and project partner Prof. Gesine Schwan.

The expert jury, consisting of HVGP, AEE, AA, the German Association of Towns and Municipalities (DStGB) and the Association of Municipal Enterprises (VKU) decided in March 2019 for the five twinning pairs on the basis of submitted project ideas.

The project website www.unendlich-viel-energie.de will publish updates on the project, its events and workshops as well as portraits of the twinning pairs.