Braunsbedra and Kozani: Together through structural change 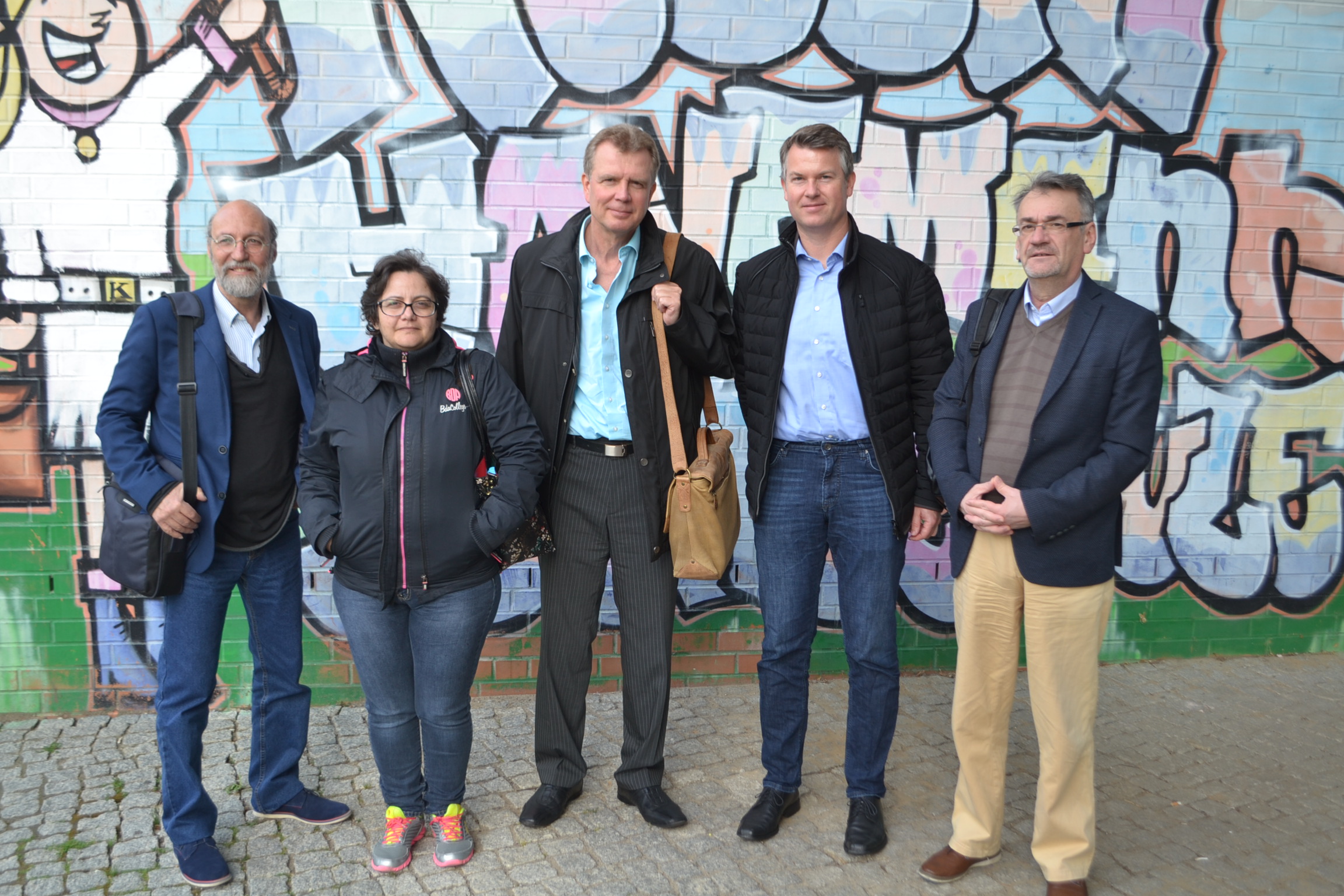 Structural transition is characterized by challenges, opportunities and change. The cities Braunsbedra and Kozani share their coalexit experience to facilitate the energy transition towards renewable energy. The project Energiewende Partnerstadt supports both coal regions in making energy transition more tangible across national borders and have an exchange with European partners.

Braunsbedra is located within a former coal region in Saxony- Anhalt. The region has profitted from the coal industry in terms of the creation of new jobs and the new influx of population, who moved there during the 20. century. After all the latest structural transition shows new economic opportunities: new companies have been founded, among them the Mitteldeutsche Umwelt- und Entsorgungsgesellschaft und die Energie-, Wasser- und Abwassergesellschaft Geiseltal GmbH. Moreover, Braunsbedra has used the process of structural transition to establish new branches of trade like tourism: former coal mining holes have become seascape and harbors, restaurants and guesthouses have settled in the region. However, energy continues to be an important economical factor, because Braunsbedra has the intention to foster renewable energy during the structural transition. That is why the former coal mining power plant has been transformed into a heating plant, which functions by using wood waste and provides heating for about 2.200 households. Additionally electricity is produced in the heating plant. Lately there have been installation of pellet heating systems to switch fossil heating to renewable heating, especially in public buildings. Besides from renewable heating, Braunsbedra uses solar panels, which are located at a former chemistry industrial area.

“It is time to boost the transformation process towards renewable energy and take on challenges. Our heating plant shows that Germanys‘coalexit provides chances, which we want to share with our European Partner Kozani” says Steffen Schmitz, mayor of Braunsbedra.

The structural transition in Kozani is still at its beginning. The coal mining region delivers coal to be burned for 20 percent of Greece energy need. However, Kozani shows, that the future will be renewable: The city already produces 65.000 kilowatt from solar- and windenergy. Also private investors have installed renewable energy. A lot of the solar panels are installed on top of public buildings like schools. Furthermore the city has bought three electro-cars for its own mobility need. An initiative, founded by the city claims decentralized and renewable energy systems: The Greek Energy Network of Muncipalities. This initiative shall promote sharing and exchange between muncipalities in Greek towards a decentralized, green energy system.

“We will face the task of structural transition and look forward to future collectively with the greek municipalities and our german partner Braunsbedra” Lefteries Ioannidis, mayor of Kozani. 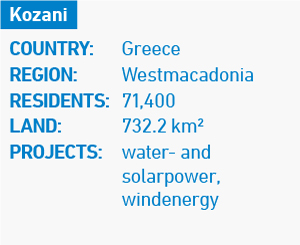 Kozani and Braunsbedra are working on the challenge to establish new Jobs in different branches of trade than coal mining. A special focus is to combine tourism and renewable energy. The cities have discussed a nature trail with information on renewable energy as a hiking trail around the Geiseltalsee in Braunsbedra. After all, citiziens shall be motivated to take part in the energy transition by organised cooperatives. Beyond that, future earnings and investment of renewable energy should fund tourism projects. Both cities consider it as a real importance to transform old coal mining structure like the coal power plant in Braunsbedra to new uses.

On the 24th and 25th of February 2020, the mayor of Kozani, Maloutas Lazaros, personally welcomed his guests from Germany at a meeting of the city council. The German delegation consisted of political and administrative actors from the city of Braunsbedra, as well as the Merseburg Innovation and Technology Center. The organizers from the environmental department of the city administration brought together all relevant departments, city councils and municipal companies from Kozani for the two workshop days.
After presenting the current energy supply structure of the city the hosts from Kozani made clear that the transformation of their energy system has taken on a new urgency. Recently, the Greek Prime Minister, Kyriakos Mitsotakis, announced that the generation of electricity from lignite in Greece should be completed by 2028. In this context the experiences from Braunsbedra were in demand since the power generation from lignite and the chemical production of the region collapsed within a very short time after the German reunification. 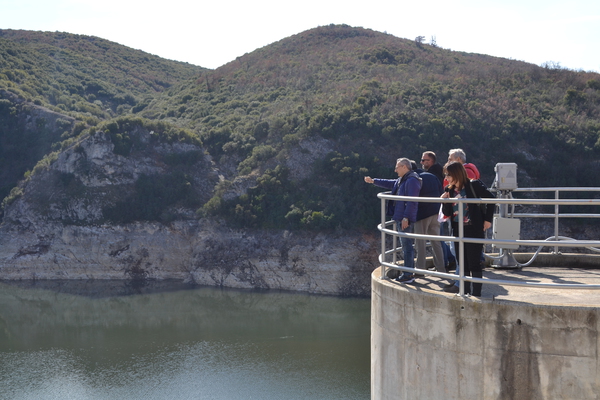 Both cities discussed the use of bioenergy and residual materials within local heating networks. The waste-to-energy plant already installed in 2010 in Braunsbedra with a capacity of 30 megawatts was of great interest. The Waste Management System of Western Macedonia and the Cluster of Bioeconomy and Environment of Western Macedonia are also working on ways to make the Kozani’s heating more sustainable with bioenergy and the combustion of residual and waste materials.

Furthermore, the recultivation of the open-cast mines is an important topic in both cities. Kozani currently plans the expansion of up to two gigawatts of photovoltaics on the site. Braunsbedra’s "marina" on the flooded quarry ponds has created a local recreation area around the Geiseltalsee that is attractive for tourists.

In the afternoon of the first workshop day, visitors from Germany and interested local administrative staff were able to gain their own impression of the dimensions of structural change during a visit to the Ptolemaida open-cast mine and the West Macedonia Lignite Center. The delegation also visited the 150 megawatt Ilarionas hydropower plant, located southeast of Kozani, which went into operation in 2014. The electricity generated by the Ilarionas hydropower plant is not sufficient for the base load, but will step in as soon as there is a demand. Compared to coal-fired power plants, the renewable power plant can be switched on and off much more flexibly.

The detailed workshop report can be found here.